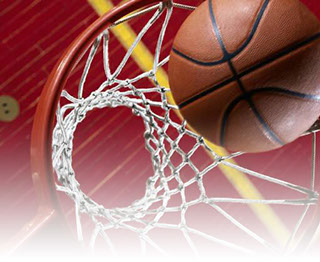 Malcolm Mack, Ingraham High School boys’ basketball head coach, has taken the program to new heights and to a chance to win the 2019-20 3A State Basketball Championship.

Ingraham, a North Seattle school that is better known for its academics, has quietly risen to the top of Boys’ Metro Basketball. Last season, Ingraham finished 11-4 in Metro, winning 7 more games than the year before. For the first time in decades, Ingraham won the Metro Division over State powerhouse Garfield. Ingraham finished second in the district, losing to another state powerhouse, Rainier Beach, in a nail-biter.

Ingraham Boys’ Basketball, led by Head Coach Malcolm Mack, went to the 2018-19 WIAA 3A State Tournament, the first time in 44 years. The last time Ingraham had this success, our very own Governor Jay Inslee (class of 1969) was the star player on the team. Governor Inslee was not only the basketball star, but he was also a football standout and honor-roll student. As Coach Mack was about to give pre-game speech at Districts, he got a special call from Governor Inslee.

“I could not believe it, “ said Mack. “I asked him how he got my number, I was so thrilled. The governor said, ‘Have fun and enjoy the experience; it does not matter if you win or lose. I am so proud of you and the team. The alumni of Ingraham HS and the whole community came out to support the Rams in full force. I got many calls and emails from alumni. The community was awesome. There was a buzz around the school that was infectious. Everybody was on board.”

This was the pinnacle of Mack’s 20-year high school coaching career, marked by much hard work and many sacrifices. And true to form, Mack’s reflection on this shining moment exemplifies his humble attitude and love for the kids.

“The enjoyment was seeing my players play in State, foster that situation and be a part of it,” said Mack. 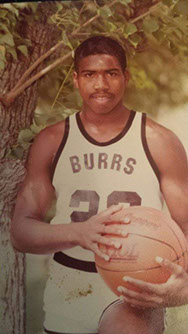 Malcolm Mack comes from humble beginnings in Houston, where he used sports to better his life and later joined the military to fight for his country. He would come to use these experiences to make himself into a great basketball coach and a person who relates well to young people.

In high school, Mack was a standout athlete in the Tapps League in Houston, Texas. In fact, he was a standout in baseball, basketball, and also participated in track, soccer and football. Mack was at his best playing baseball, where he was All-State, playing 2nd base and centerfield. He had a full-ride baseball scholarship, but turned it down to walk-on the college basketball team. He had hoop dreams to play college basketball, but ultimately, ended up joining the Military after two years.

“I realized I was not as good as I thought I was. I wanted to pay for school by going to the military.”

Mack is a hero who put his life on the line for his country. In 1990 he was sent to the Gulf War. He recalls the “fear and stress” of not knowing what was going to happen next, but also reflects on the importance of his military brothers, who became like family during this experience. On active duty from 1989 to 1996, stationed in Fort Lewis, Mack played basketball on the all-Army team traveling Europe. He recalls playing against strong players, including Michael Jordan’s cousin, who passed away in a car accident. Mack attended that funeral and met Michael Jordan there.

According to Coach Mack, all the guys in the military depended on each other to stay alive. The teamwork and discipline they developed made a lasting impact on him as his life moved forward into coaching high school basketball. He compared the brotherhood he experienced in the military to the experience of being on a team.

“Same people day in and day out, you learned to get along with everybody, the communication and understanding to be successful as a team. You have to trust each other and learn to talk to each other.”

It was the military that started to shape Malcolm not only as a man, but as a leader of men. He would take these lessons and teach them to his players.

Team work, discipline, a positive demeanor and healthy communication are the cornerstones of Malcolm Mack’s basketball coaching philosophy. Over the last 20 years, Mack has paid his dues coaching around the state of Washington, including high school leagues in Tacoma, Renton, Edmonds and Seattle. He was head coach of Mariner HS and assistant coach at Bellarmine Prep, Hazen, Edmonds Community College and Nathan Hale. At Nathan Hale, Malcolm realized the Seattle Metro League was the most competitive HS league in the state, and he wanted to be Head Coach in the Metro League. 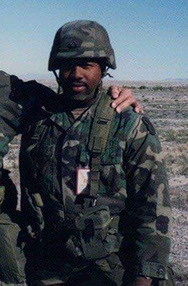 Mack brings his military basketball experience and vast coaching experience to the kids of Ingraham HS. His biggest strength is his calm demeanor in the midst of the storm. He has also changed the old school perception that the way to coach is to yell at kids to motivate them.

“I didn’t want to yell to accomplish a point, I don’t want to embarrass kids. They know what they did wrong,” says Mack.

His kids really respond well to his calm words and positive demeanor. They will run through a brick wall for Coach Mack because they know he cares about them.

Mack is super excited about the 2019-20 season and has high expectations for the Ingraham Rams. “Our only goal is to win the state championship. We have the team that can do it and I have the pleasure of coaching them,” he says.

The straw that stirs the drink for Ingraham is Metro Star, 2020 Mitchell Saxen 6’10 PF/C. Mitchell already holds school records in blocks and rebounds and is poised to break the scoring records by Ingraham legends Maurice Riggs of the 80s and Terry “legend” Thompson of the 90s this year. He is so unselfish and has bought into team. Mitchell is not only a great leader on the court, but he has 4.0 GPA, reminiscent of former Ingraham hoop legend Governor Jay Inslee. Coach Mack says that Saxen has been “everything for Ingraham HS,” and that he is the type of athlete that other kids aspire to and enjoy playing alongside.

If Mitchell is the team’s Batman, Ingraham’s Robin would be Coz Collins, an athletic, super combo guard with a long wingspan who also exhibits high character off the court.

Says Mack, “This is my third year coaching Coz Collins. He is the most underrated scorer in metro and just does not get his due.”

The glue to the Ingraham team is Latrell Jones, a physical wing player that gets to the basket, defends and rebounds, who Mack describes as the “most athletic and physical specimen kid that I ever had.”

Ingraham also has bench players back from last year at the guard and forward position that will add to the great players already in place, and the team will also benefit from the addition of two key transfers: all-Metro player, Maui Sze (5’11, PG), a great passer/shooter from Roosevelt HS, and Tyrell Moore (6’6, F) a long and versatile transfer from Sealth HS. These guys, along with other transfers, will boost Ingraham’s chances of winning the 3A 2020 State Championship.

Coach Mack has strategically built the Ingraham program into a Metro powerhouse and secured a legitimate chance for them to win the 2020 WIAA 3A Boys State Basketball Championships. Mack has built Ingraham not on talent alone, but by chemistry, team work and mutual respect as well. The experience of the military and relying on others to stay alive has given Mack a unique perspective on communication and the true value of team work. He is a master of bringing kids together and displays love to all his kids. He does not belittle his kids by yelling at them when they make mistakes, he builds them up with positive reinforcement and teaching moments. In a world full of egotistical and selfish coaches, Malcolm is a breath of fresh air.